One of the main symbols that identifies the Canadian culture is the red serge uniform of the Royal Canadian Mounted Police (RCMP). When you see the RCMP uniform you know it represents a strong symbol of our Canadian past, present and future. The RCMP unite our country from East to West and the RCMP Heritage Centre is a great resource to teach kids all about the RCMP story. 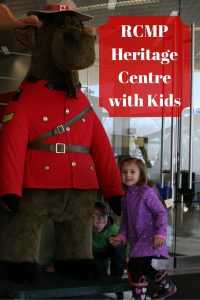 What are the Royal Canadian Mounted Police (RCMP)?

Chances are in any Canadian airport gift shop you will find a postcard or travel souvenir related to the RCMP. The RCMP were formed in 1873 to help protect Canada and have been serving our country ever since! The RCMP are the Canadian national police service and are a unique from other policing services in the world because they police national, federal, provincial and municipal law enforcement. The RCMP are part of the backbone to Canada. We want our children know more about them and understand how deep their history is rich in our Canadian heritage. 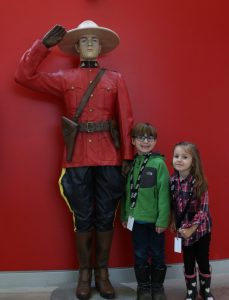 Where is the RCMP Heritage Centre?

Many people are surprised to learn the RCMP training facility (or ‘depot’ division) of the cadets is not in our nation’s capital, Ottawa, or even in the province of Ontario. It is in Regina, Saskatchewan! A hidden gem that has become so much part of Regina that most overlook because it’s just there. You will often see cadets running on the foot paths of the city (usually passing me on my runs) during their training or driving their patrol cars in the area. In 2007, the RCMP Heritage Centre was opened along side the training facility Regina, where their RCMP story begins. 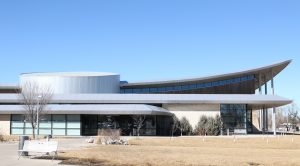 What can you do at the RCMP Heritage Centre with kids?

On a recent ‘no school’ day with the kids we decided to go check it out for our own field trip. The kids energetically came busting through the doors, most likely because they were happy to see our  friends who were meeting us there! Almost instantly you could tell the staff were happy to have some kids in the museum to lighten up their day. 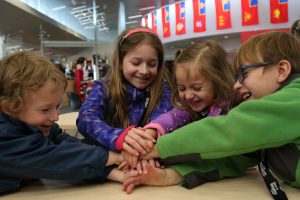 They have material ready for kids to learn as they look. Based on their age they have “I Spy” games ready for the kids to take along with them as they tour around the museum. The easiest was simply finding certain items throughout the museum and checking them off; whereas the older ones had to answer questions based on information they need to find throughout the museum. It was a great informative way to have the kids ask more questions and look at everything in order to complete their game. After they were finished we exchanged their sheet for a prize. 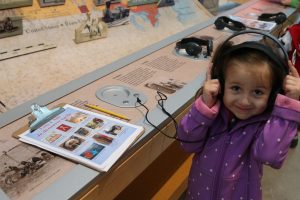 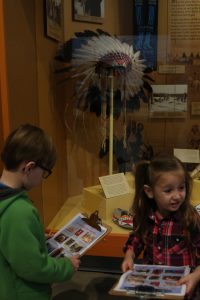 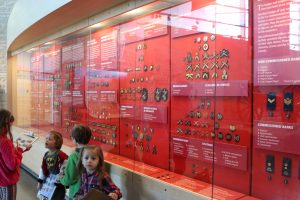 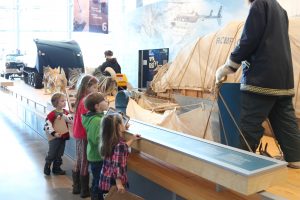 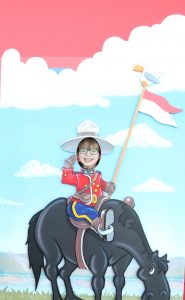 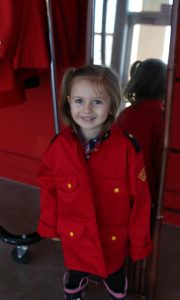 If you time it right you can also go see the Sergeant Major Parade, which I highly recommend. It is where you get to go on the ‘depot’ grounds and see cadets practicing their parade routine. Cadets in the parade are generally troops that have been in training for minimum of 5 weeks up to very close in graduation. This gives them the opportunity to practice parade and lets a few spectators feel like they are getting an inside view into their training. The staff who escorted us in were willing to answer any questions and provided a brief overview of the training. 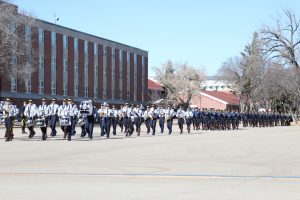 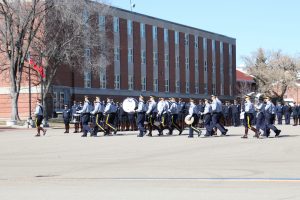 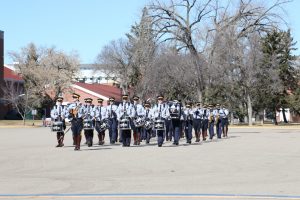 On the ‘depot’ grounds there is also the RCMP Chapel, built in 1883, which we were able to visit and get a history lesson about this chapel. It is the oldest remaining building in Regina! Did you know they keep the front pew open at all times, just in case any member of the Royal Monarchy of England come for a visit? Last time was in 1939 when Queen Elizabeth I and King George VI came to visit. They also have a book at the back of the chapel with a page for every RCMP that has died in the line of duty, and everyday they turn the page to remember another fallen RCMP. 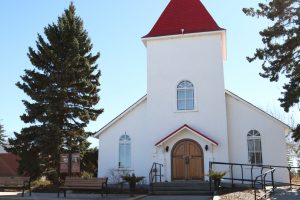 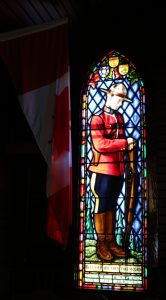 How much time do you need?

With did the museum, Sergeant Major Parade and chapel tour in about 3 hours. We had time to go through each of the areas of the museum, but there is only so much time kids are willing to listen to you read the information cards to them! If my kids can get a few pieces of information and awareness then I call it a success.

Other RCMP Information & Things To Do:

If you ever have the opportunity, take your kids to learn about the RCMP and what they have done and do for Canada. The dedication and commitment of these men and women to serve Canada and protect us is irreplaceable. I honestly get teary eyed every time I hear the RCMP band play and watch them march – overwhelmed with what they do for us.

Looking for more things to do in Saskatchewan?